This map addon called Swedish Islands is covering the two biggest islands in
Sweden, Gotland and Öland, located in the Baltic Sea. You can reach the island
Gotland by ferries from Karlskrona and Nynäshamn in Sweden and Ventspils in Latvia.
The other island Öland, you can get to via a bridge from the city Kalmar on the
east coast of Sweden.

This addon will give you the following:

This map addon was created during the last 6 months, after I was inspired
and triggered by Arayas, creator of the Romania Extended Map, and Zaregon, the
creator of the North Map. They have also been my mentors during the creation of
the project by answering questions when I got stuck. Thank you guys!

This is how the two islands will look in the game: 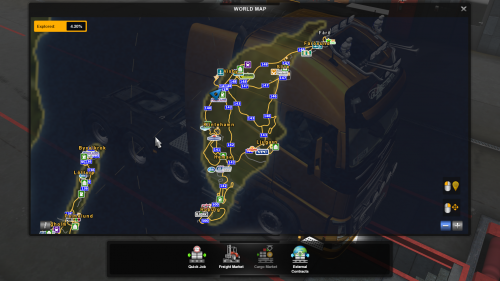 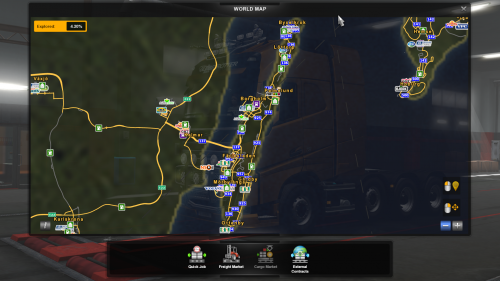 At the moment it ought to be compatible with all the major maps,
SCS vanilla, Promods and TSM. None of them has modified the two
sectors I "borrowed" from the SCS vanilla map in order to be
able to create the bridge connection to the island Öland. I've
tested them all in their present versions.

NOTE: The following fix function for any version of MHAPro so far! [New Aug. 27th 2020]
If you use MHAPro there's a fix created by SlavikSD and edited by BenganJ and here's a link to it.

SCS for the resources, I used solely their original, and for
creating a game that is possible to modify by the user.

SlavikSD for the ferries creation to/from Gotland and MHAPro fix.

3. Added more road numbers, but this time with another method, painting the numbers ON the asphalt.

1. Cosmetic changes to satisfy my "artistic" side. :)

3. Added a lot of 'Give way' road markings and signs.

4. Added road numbers to the map, so now you can see which road you're driving on.
I still have some road numbers to place on the map and that is the reason this version
isn't called 1.0! This feature I have to thank Zaregon, creator of the North Map, for.

5. Changed to new format of city definition, the localization.

NOTE, this map addon requires ETS2 v1.33.x in combination with main maps updated to 1.33.x!!!!
All map DLC's are also required, Beyond the Baltic Sea DLC too!

Here's the link to the Swedish Islands map addon version 1.0 for ETS2 1.33 on my Google Drive:

On request, here is a Wombat Special Edition v1.02 of the map addon, on your own risk:

Please, report anything you think should be corrected.

1. Finally got the hang of changing the city icon and text size in UI world map views.
Much easier to select city now when choosing job.

2. Changed a dublicate village model all to near another one of the same model.
Thanks to Axel Slingerland for reporting that.

Here's the link to the Swedish Islands map addon version 0.93 for ETS2 1.32 on my Google Drive:

Loadorder: You have to load this map addon ON TOP OF (i.e. WITH HIGHER PRIORITY than) the main map!

View of the harbour and the old part of Visby. 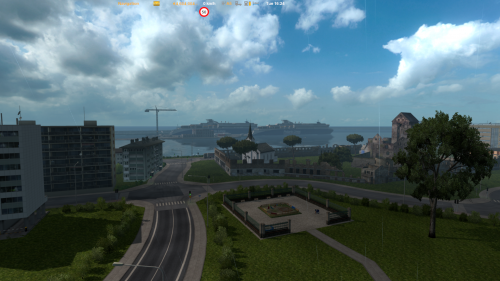 View of bridge connection from Kalmar to island Öland, also the city Färjestaden. 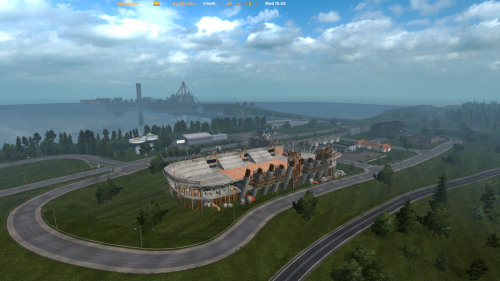 Here's a little video from a delivery on one of the islands, Öland. From the very north to the very south!

Thank you Bengan, and Happy New Year to you :D

You are far too modest Bengan, I'm sure i will love it. Besides it's the only New Years Eve present I've got :D

Presents are for kids, we passed that phase

Some of us by a long run some of us just barely. :D
That 0.99 was annoying as a number :D now we have a full ONE. Thank you Bengan! Let's find some deliveries to those islands then!
Editor of Romania Extended Map
support@roextended.ro
www.roextended.ro
Top

Bengan worked very carefull and gentle not to disturb the new world order or to crash the entire planet on us. He is like a doctor into a microscopic surgery :D

The things are simple, his Islands didnt need sofisticated panorama (mountains and hills and far view) because it's surrounded by water. Those panoramas needs space, like alot of it.
Also highways interchanges, a standard SCS one it's almost the size of a small city. A custom one it's a full city size. The space it's scarse in ETS, that is a problem.
Editor of Romania Extended Map
support@roextended.ro
www.roextended.ro
Top
Post Reply
244 posts