But I want this beach for holidays.

The past week has been very busy at TerraMaps and also the construction of Havana, Cuba has resumed after the holiday break.

Still a lot of work to do, but it's coming along nicely. This road is just east of the Tunnel entrance - the route to Habana del Este

Havana progress for the day. Another district worked on. View from the garage. Tomorrow will be the hotel district, Malecon, and shoreline areas which will really add some life to the city.

US Embassy in Havana

Developer: Pilot
Modeler: SlenderSmoke
Research: NRS
And of course with the help of the whole TerraMaps Team

Fun Fact
Did you know, that amateur baseball has been played in Cuba since 1961 and has become quite a national identity of the Cuban nation. There is a league called the Serie Nacional. Fidel Castro and Camilo Cienfuegos were personally baseball fans as well. In fact, in 1999, the Cuban national team played the MLB Baltimore Orioles once in Havana where the Orioles won and another game in Baltimore in which the Cuban team won. There was another international game played in 2016 with the Tampa Bay Rays and the Cuban national team in Havana, where former president Barack Obama attended along with Cuban president Raul Castro. Baseball, like many sports, bring nations together especially those hurt by diplomatic situations. Havana has many baseball fields and we have one featured here along the Avenida de la Independencia

Special thanks to our Modeling Specialist, SlenderSmoke, for making these amazing models of Che Guevera and Cienfuegos in Jose Marti Square 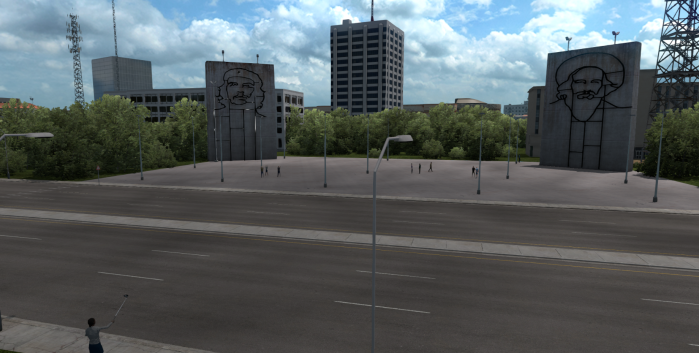 Avenida Paseo, the road leading into the Jose Marti plaza and monument in Havana

As Havana is nearing it's completion, we are working on details like the Russian Embassy, the tunnel and the Airport.
The last project for version 1.1. is Andros Island. Expect new WIP Screenshots soon.

We had a request to add the Soviet/Russian embassy in Havana. Thanks to modeling specialist @🥭CrazyMango73 🥭 , we were able to adhere to that request and it looks awesome! (that building on the left). Also, you see to the right the hard work of our modeling specialist SlenderSmoke with the Che Guevera bust. Our modeling team is amazing, talented, and truly spice up the atmosphere of the maps.

Entrance to the tunnel connecting Habana del Este to downtown Havana - the toll plaza which still exists is not in use anymore and it's free to go through, so on Version 1.1, just drive right through without having to worry about the toll

Jose Marti airport is the last part that needs to be made for Havana for 1.1. Enjoy picking up some cargo right from the Antonov's mouth for a job for Cubana

A look down a Cuban street in Habana del Este

Havana will be one of the major towns in version 1.1. Pilot has put a lot of work in it.
Tedesco has now also arrived in Havana and is completing and polishing Havana. There is 1 island to finish. Andros Island. If it all works out, we hope to release Caribbean Map this month. But we don't make any promises. It is ready when it is ready.

Looking south on the Malecon (Pilot)

Another view of the Malecon in Havana, Cuba (Pilot)

This is Via Blanca. (Tedesco) 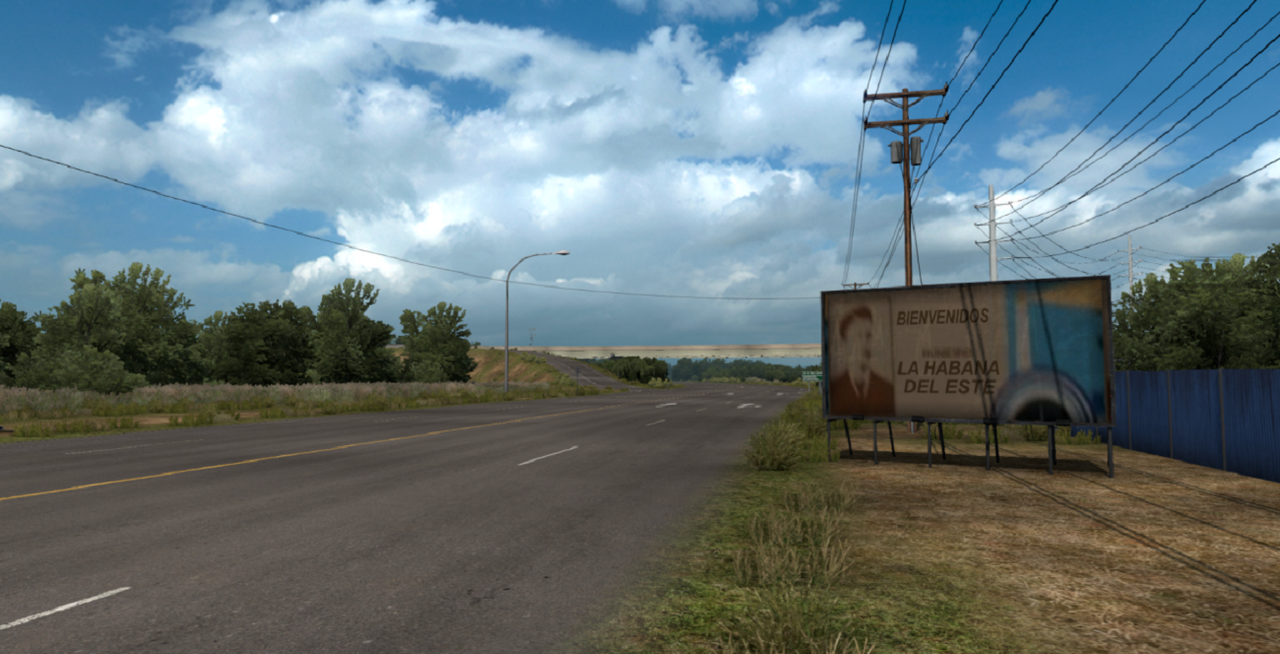 And of course with the help of the whole TerraMaps Team