Looks worse with uset r_fake_shadows "1" or above. 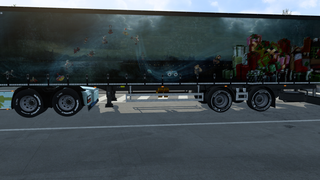 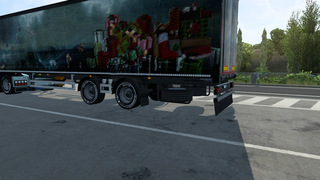 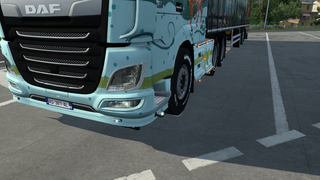 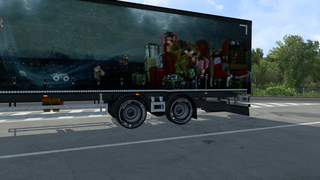 @AustinN360 - I'm not sure what you mean by 'looks off'... they look ok to me, but...
All r_sun_shadows... are real time projected shadows from objects, AI vehicles, trucks, trailers, trees etc.
r_fake_shadows 2 (default) is used to add the missing ambient shadow under vehicles/trailers that is just a darker rectangle that should touch all the bottom of the tyres so that the vehicles/trailers are in contact with the ground and not looking like they are floating.
From time to time those fake shadows can be missing or messed up (far too dark) depending on what SCS broke at the next update.
When driving from cam1 and following a vehicle with fake_shadows 0, that vehicle just looks wrong without the ambient shadow under it.

EDIT:
The main thing that 'looks off' to me is to do with the new lighting system. Your truck and trailer just looks too light and shiny when it should be darker in the shadowed area. Just like going through a tunnel, the vehicles remain shiny.

As a test, assuming you're using this NPI AA, set scaling to 125% to disable it.
Then turn on in game SSAO and compare your images.

You should note that NPI AA and SSAO both on will lighten areas that should be dark. Here's an old example pic. 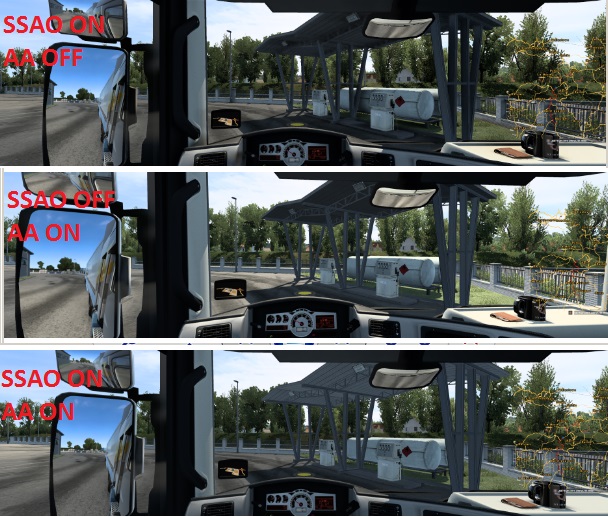 EDIT 2:
This is game version 1.41.
top pic fake 0
bottom pic fake 2
The bottom pic looks the best as it has the subtle darker areas below the truck and trailer.
But I guess they've removed the original ambient rectangle that was there prior to 1.40. 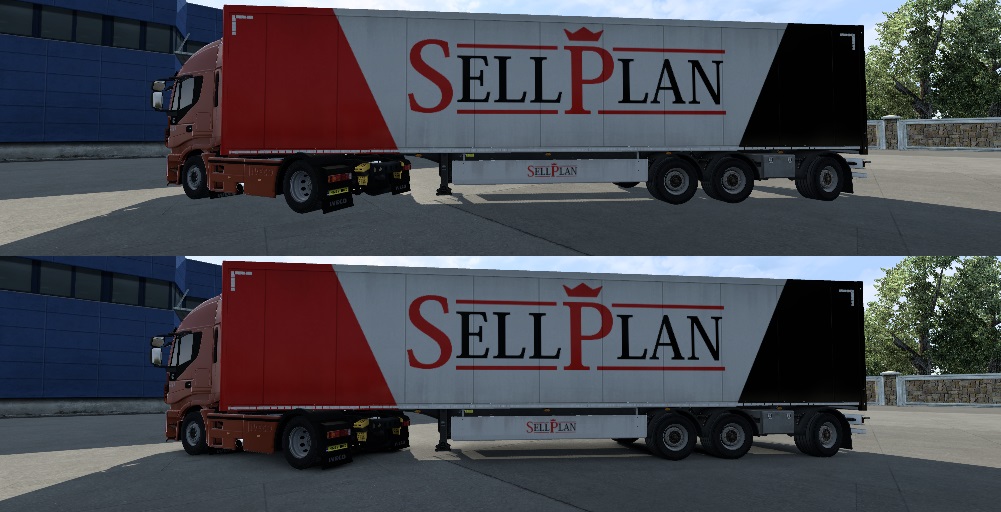 Lots of useful stuff in the "Tweaking and Enhancing the Game" Section: https://roextended.ro/forum/viewforum.php?f=23
Top

Here is a video showing the issues I am having.

And my current Congfig.cfg File:

Any ideas what could the the issue?
Top

is there any reason why i should be getting fps drops using 4x multisampling and 4x sparse grid supersampling.

fps keep dropping from 72 down to 48 sometimes less mostly during daylight driving.

anyone got any ideas ?

So, I would set in game Hz to 60 so the game runs a max vsync 60fps and perhaps that will be ok.
Look at the first post for extra info on vsync settings you can use.

4xAA is very demanding, just like 400% scaling is.
Lots of useful stuff in the "Tweaking and Enhancing the Game" Section: https://roextended.ro/forum/viewforum.php?f=23
Top

@AustinN360 - Never seen anything like that before. It isn't inverted colour black/white as it would look wrong as black also.
NPI setting are of no use like that, take a couple for screen shots to show them.
But I don't think NPI is the issue unless you have AO enabled that has been broke since 1.38 but broke as in not doing anything.

But as you are on 1.43 then either SCS has changed something in the rendering process or you have other 'filters' active? or a gfx mod? etc
I don't use betas and not seen anyone here say it still works with 1.43 or not.
Lots of useful stuff in the "Tweaking and Enhancing the Game" Section: https://roextended.ro/forum/viewforum.php?f=23
Top

So, I would set in game Hz to 60 so the game runs a max vsync 60fps and perhaps that will be ok.
Look at the first post for extra info on vsync settings you can use.

Thanks for the reply, yes my monitor is 144hz, i will try what you suggest to see if that works.
Top
Post Reply
5977 posts

Return to “Tweaking and Enhancing the Game”